This apartment in Hong Kong could just cost a life’s worth of savings. Study after study finds Hong Kong is the world’s most expensive housing market – by a lot. According to one recent survey, the median home here costs 18 times the gross annual median income. So on average, if you’re making $50,000 a year you need to set aside $900,000 to afford your own home. Oh, and that assumes you’re putting no money aside for food, travel, shopping, entertainment, your daily commute and even the occasional aerial yoga class. You’re basically putting all the money you made under a mattress for 18 years straight. And don’t get me started on inflation, fluctuating exchange rates, stagnant wages, rising costs of living, time-value of money… You get the point. So why is Hong Kong housing so expensive? Let’s take a look. On one hand, it’s a simple game of supply and demand. Hong Kong is one of the most densely populated places in the world. It’s comprised of more than 200 islands. Most of them uninhabitable.

Now add in 7,346,248 people and you get an apartment like this, costing you about $3,500 per month. That could get you this home in France or even this mansion in Nebraska. Hong Kong is one of the world’s financial hubs and the defacto access point to the world’s most populous country, China. There’s very little developable land here, and a large part of it is controlled by the government. Hong Kong’s government offers land to developers by tender. It’s done all behind the scenes and whoever bids highest wins. But it’s not as simple as it sounds. Land isn’t put up for sale very often. And, in addition to it being limited to begin with, the city still needs to hold on to the limited green space it has and preserve heritage and historical sites. 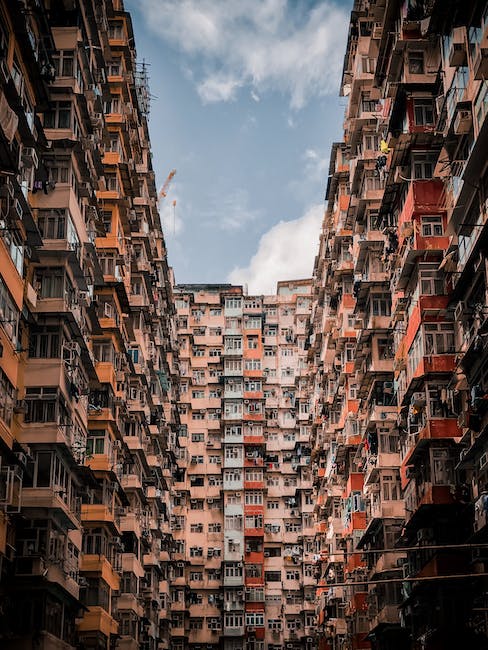 The government also controls nearly half of the total supply of housing here through public housing rentals and assisted home ownership purchase programs which are intended for lower income families. That means those competing in the private property market are really just fighting for half the entire supply of housing. The land that is sold to developers is selling for record amounts, increasingly to Chinese mainland developers which in turn are likely to command record high prices for buyers, just perpetuating the cycle of expensive housing. It’s also no secret Hong Kong is one of the most tax-friendly economies in the world and one of the reasons the government can afford to keep taxes so low is because a large chunk of its revenue comes from land sales. So, if property values drop, the government can’t make as much money which means there’s little incentive to seriously curb the cost of housing here.

In fact, if property values dropped too much, the government may even have to completely rethink its financial system. I said earlier the median home cost in Hong Kong is 18 times higher than gross annual median income. The second most unaffordable city is Sydney, coming in at just 12.2 times median income. Then it’s Vancouver at 11.8 times and even London and New York pale in comparison. So, for the foreseeable future, Hong Kong housing will continue soaring above the rest. In Hong Kong, Uptin Saiidi, CNBC..